By Will Glaser, CEO

Amazon is preparing to take over the brick-and-mortar grocery market and is far closer than many realize. They have been methodically developing a superweapon to double the profitability of existing stores and destabilize the delicate balance in retail. Once perfected, Amazon may choose to undercut the pricing of already low-margin competitors, or acquire assets that will suddenly look to be underperforming.

Amazon will be able to buy Kroger, Albertsons, and Ahold Delhaize outright for 125% of their fair market value and realize an immediate gain. Couple that with the 2017 purchase of Whole Foods, and they will have acquired four of the nation’s top pure-play grocers for about $120 billion. The market will understand the synergies and reward the transactions handsomely.

Those not acquired will lose shoppers as their 20th-century approach struggles to keep up. Things will get worse for legacy players as fixed costs divide poorly across dwindling receipts. These slower retailers will fall behind, and eventually, fail or get acquired on less than favorable terms. It will mean Armageddon for grocers.

The doomsday weapon I’m referring to is the next generation of the Just Walk Out technology (JWO) that first opened to the public in 2018 as Amazon Go. It’s surely cool, but since introduction, JWO has looked more like a tech curiosity than an impactful business tool. The technology will reach an impactful scale only when it can do three things – delight shoppers, install quickly and drive profitability.

Shopper experience comes first. Stores equipped with checkout-free systems are delightfully easy-to-use and eliminate lines, the top complaint of most shoppers. These systems also eliminate the conveyor belt, the barcode scanner, and the disembodied voice bleating out “unrecognized item in the bagging area.” With their early Go stores, Amazon has shown the world how wonderfully easy it is to shop without waiting to checkout. Shoppers love it and strongly prefer it over legacy systems. Score one for Amazon!

Second, in order to scale up quickly, the technology must be installed as a retrofit into existing stores. Amazon is not there yet. To date, all JWO stores have been built from the ground up, with new shelving, limited SKU selection, and low-density merchandising, each carefully crafted to play into the tech’s strengths and conceal its weaknesses. Rebuilding everything in this way requires a protracted store closure. In order to meet people where they already shop, a mature checkout-free system must integrate more smoothly into existing systems. Amazon announced in 2021 they had closed two Whole Foods locations to rebuild them around JWO, but it will take the better part of a year.

The third component of any viable business strategy is favorable economics. There are many systemic benefits to checkout-free systems, but the incredible cost of installing and operating a JWO prototype store must come down significantly before the project makes financial sense. A recent leak shows that they’re improving, and that the financial tipping point is already in sight. In fact, they’re just one innovation away from doubling the profitability of every store they touch.

To date, Amazon has demonstrated the first of these three critical characteristics and has its sights on the next two. When they have all three, the combination will drive rapid expansion. The reason for JWO’s prohibitively high installed cost and its inability to operate in generalized retrofit environments is the same: shelf sensors. The flashy name “sensor fusion” was coined to mask the system’s greatest weakness.

Installing sensors under every item of merchandise is costly, even beyond the initial expense of the hardware. When item selection is identified by thousands of tiny scales throughout the store, the SKU list must be frozen and the planogram locked down. Swap a can of Coke for a can of Pepsi, and the scales can’t tell the difference. The system only works when it already knows where everything is and so the store has to be fastidiously maintained. In short, the present JWO is so brittle to the realities of the real world, that a virtual army of restocking clerks must remain constantly on duty to defend the illusion of an automated operation.

The shelf sensors have to go and Amazon knows it. Their technology teams are working diligently to replace them with pure computer vision (CV). The next-generation systems identify items by how they look instead of by where they are or what they weigh. CV is cheaper to install, easier to maintain, and isn’t bothered by the complex realities of operating in a traditional store. Once there, it will trigger an Amazon Armageddon.

So why haven’t they done it yet? Because it’s surprisingly difficult. Developing a sensor-less CV system like this requires smart development, and a lot of data. Exabytes of training data must be gathered from real products in live stores. In addition to gaining operational experience with checkout-free systems, Amazon’s JWO stores are currently generating exactly the data needed to perfect a solution. These stores aren’t a failed experiment as some have naively conjectured, but a necessary stepping stone on the way to fully capable technology. It’s only a matter of time until their tech matures, and no informed computer vision scientist thinks they’re years away.

At the same time, through a small number of Go and Fresh stores, Amazon is simultaneously acquiring practical experience in operating checkout-free systems. This takes time too. They’re learning what users care about and what merchandising adjustments are necessary to reduce friction even further. Some of the improvements are obvious, some must be discovered, and a few carry a tension between retailer efficiency and shoppers’ expectations. One example is the shift from charging a price per pound for fresh produce to charging a set price for each item, such as their $0.15/ea bananas.

While none of this is technology per se, it is critical intelligence for operational changes that need to happen by the time the core technology is ready to scale. Another report shows them investing into those learnings by opening dozens more JWO grocery stores this year, even before they reach operational break-even, just to gather that experience. Amazon has proven time and again how much business value they can create by collecting data and turning those insights into innovations. They have plans to dominate physical grocery just like they’ve done in e-commerce, cloud computing, and physical warehousing.

The prize is enormous, even for Amazon, but could be a disastrous loss for incumbent retailers. Amazon understands this better than anyone and has already invested over $500M into the $100 billion gambit. Modern retailers are highly optimized businesses that deliver goods with amazing efficiency. Historical advantages rooted in supply chain, store operations, and brand will continue to matter, but sophisticated CV technology is poised to play a kingmaker’s role.

Is it too late for retailers? I don’t think so. Forward-thinking retailers are joining forces with tech-savvy startups that already have these advanced CV capabilities. The teams are forming now, and the strongest alliances will prove to be best-in-class in the areas that matter. Grabango is involved in a number of these partnerships, and I can tell you that significant efforts are mobilizing for an epic battle for the future of retail.

The winners will deploy checkout-free systems that thrive at the intersection of delighting shoppers, retrofitting stores, and reducing costs. Battle lines are being drawn, there will be significant upheaval, but I’m placing bets against a lopsided Amazon Armageddon.

At the Intersection of Tech, Business & Impact 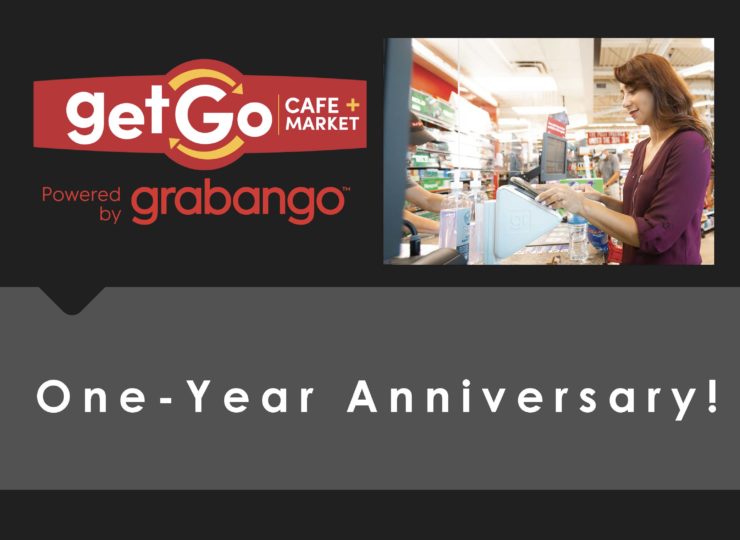 Grabango saves shoppers over 10,000 minutes within the first year of its public launch in Giant Eagle!